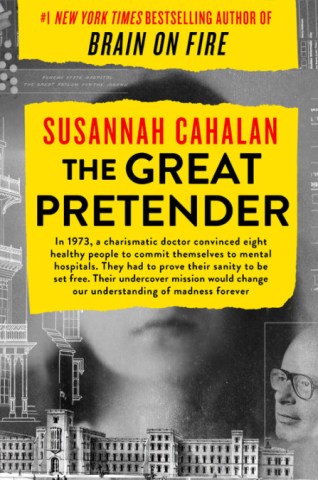 From the author of Brain on Fire

Psychiatry, as a distinct branch of medicine, has come far in its short life span. (The term psychiatrist is less than 150 years old.) The field has rejected the famously horrific practices of the recent past—the lobotomies, forced sterilizations, human warehousing. Today's psychiatric practitioners boast a varied arsenal of effective drugs and have largely dropped the unscientific trappings of psychoanalytic psychobabble, the “schizophrenogenic mothers” of yesteryear who had been thought to have somehow triggered insanity in their unwitting offspring. Two decades into the 21st century, psychiatry now views severe mental illnesses as legitimate brain diseases. Despite all these advancements, however, the field still relies solely on self-reported symptoms and observable signs for diagnosis. Though the American Psychiatry Association reassures us that psychiatrists are uniquely qualified to "assess both the mental and physical aspects of psychological problems," they are, like all of medicine, limited by the tools at hand. There are not, as of this writing, any consistent objective measures that can render a definitive psychiatric diagnosis.

Diseases like the one that set my brain “on fire” in 2009 are called “the great pretenders” because they bridge medical worlds: their symptoms mimic the behaviors of psychiatric illnesses like schizophrenia or bipolar disorder, but unlike those the pretenders can be traced to a known physical cause, an infection or some other ‘biological’ interference in the body. Doctors use terms like “organic” to describe diseases like mine, whereas psychiatric ones are considered “inorganic” or “functional.” The whole system is based on this black and white distinction, on categorizing each illness as one or the other, and it dictates how we treat patients up and down the scale. Yet no one has ever been able to prove the validity of this divide.

So what is mental illness? The question of how to identify sanity versus insanity, of how to even define mental illness, rises above semantics, and above deciding what kind of specialist will care for you or your loved one during a time of intense need. The ability to accurately answer this question shapes everything—from how we medicate, treat, and hospitalize, to how we police and whom we choose to imprison. When doctors diagnosed me with an organic illness (as in physical, in the body, real) as opposed to psychiatric (in the mind, and therefore somehow less real), it meant that I’d receive life-saving treatment instead of being cordoned off from the rest of society—and from my medical team’s efforts to solve the mystery in my brain. The alternative, if they had stopped treating me, likely would have led to my disablement or death. The stakes couldn’t be higher, yet, as psychiatrist Anthony David confided to me, “the lay public would be horrified to realize how flawed and arbitrary a lot of medical diagnosis is”.